The pillar of the refining industry

The largest Romanian refinery and one of the most modern refineries in South East Europe, with a material impact in Dobrogea region and at national level.

Petromidia makes a significant contribution to development of Rompetrol’s business in Romania and in the Black Sea region. It plugs in the trading and supply business lines with fuel distribution in Rompetrol’s stations in Romania, Republic of Moldova, Bulgaria and Georgia.

Strategic positioning at the Black Sea

Petromidia enjoys a strategic position on the shores of the Black Sea, in Navodari, 20 km north of Port of Constanta.

The marine terminal is the most important logistic asset of the refinery; it is located 8.6 km at sea, and can received ships of up to 160,000 TDW. With this terminal and the entire logistic system developed by the company in the region, Romania can become a regional energy hub, a connecting platform between the natural resources of Asia and the European demand for feedstock processing and production of oil products.

Petromidia has a Nelson complexity index of 11.4, and processes crude oil with high sulphur content, obtaining only Euro-5 oil products.

Aligned to the BAT (Best Available Technologies) standards, Petromidia is also the first Romanian refinery to have successfully aligned to the European environmental regulations and fuel quality standards.

In order to achieve the current refinery complexity and ensure full compliance with the environmental requirements of the European Union, the Group invested over USD 450 million.

The refinery has the highest yield of white products in the region (85%), and ranks 9th among the 250 refineries in Europe and Africa*.

Production units of the refinery

This complex set allows the refinery to obtain high yields for its white products.

Petromidia refinery has a new modern liquefied petroleum gas recovery unit, a system that ensures a substantial reduction of sulphur dioxide emissions from the gases discharged to the refinery chimneys - significantly below the limit imposed by the European Environment regulations.

With a value of 4.6 million USD, this is a unique project in Romania and it is part of the Group's strategy of continuous modernization of the operational processes at the level of the two production units - the Petromidia Navodari and Vega Ploiesti refineries.

Find out more about LPG recovery by reading our press release here. 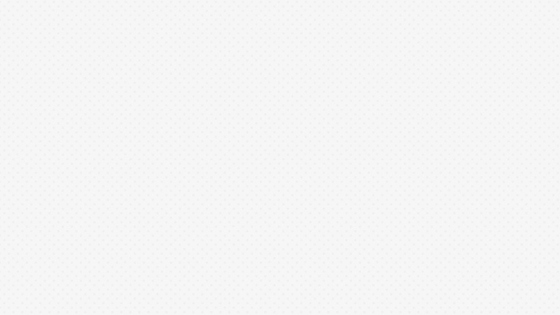 All these aspects lead to the fourth industrial revolution – Industry 4.0, and Rompetrol continues to be a local pioneer by launching a comprehensive digital transformation program at the Petromidia refinery in Navodari.

The implementation of the digital solution - Advanced Process Control (APC) began in 2017 as a pilot project at the Atmospheric and Vacuum Distillation Unit (DAV) – one of the most important units in the processing of crude oil that ensures the raw material for the rest of the installations from the refinery.

Find out more about APC by visiting our press release, here.

Automation of “In line Blending” Unit

The total investment of 3 million USD represents a new stage of the digital transformation program of the Petromidia refinery.

The implementation of the new digital system ensures detailed real-time analysis of the components and the final product obtained and, implicitly, a careful monitoring of fuel quality and compliance of them with the legislation in force.

The quality of the product obtained after the blending process is monitored and controlled through on-line analyzers, which transmit the data in real time to the operators.

Rompetrol Rafinare successfully implemented a real-time monitoring and control system for oil products traffic – Shunting Expert. The Shunting Expert application is a premiere at national level and in the Southeast of Europe, and Rompetrol Rafinare is the first company to use the state-of-the-art system to track traffic. The software is being used on the two platforms operated by Rompetrol Rafinare - the Petromidia Refinery and Vega Refinery from Ploieşti. Through the app, operators will have unlimited access to about 13,000 wagons monthly.

Find out more about Shunting Expert by visiting the link.


Petromidia refinery managed to achieve in H1 2019 a very good operational performance, for its main technological and operational parameters such as: white finished products yield of 86.2 % wt, mechanical availability of 97.5% and an energy intensity index (EII) of 97.4%.

In the first 9 months, Petromidia refinery processed 4.756 million tons of raw materials, the highest result reached by the unit, with an additional 18 k tons compared to the historical record last year.
At the same time, the highest production of special aviation fuel was obtained, as a result of the optimization of the production processes. In the first 9 months of 2019, 312 k tons of Jet A1 resulted, close to the level reached during the whole of 2018.

Read more about the unaudited results for 2018.

The most important engineering project was the program for modernization and refining capacity increase up to 5 million tons per year, amounting to more than USD 450 million.

The new setup of the refinery includes:

4,000 people involved in all the projects of the Package